It's amazing when you look at live bands just how many Kempers are lurking in the background. We are stockists of Kemper Profilers and have a vast amount of experience using these amps for live and studio work. If you have any questions about Kemper do not hesitate to send us a message or give us a call.

We set about Profiling one of our favourite amps the Morgan AC20 Deluxe. This was an ideal amp to do our first profile because I know it inside out and have used one on many gigs mic'd up.

I was wanting to see if the Kemper could come close to recreating the sound and dynamic of the stunning amp.

We thought it would be good but it was actually indistinguishable!

Have a look at the video above for the Profiling Session. 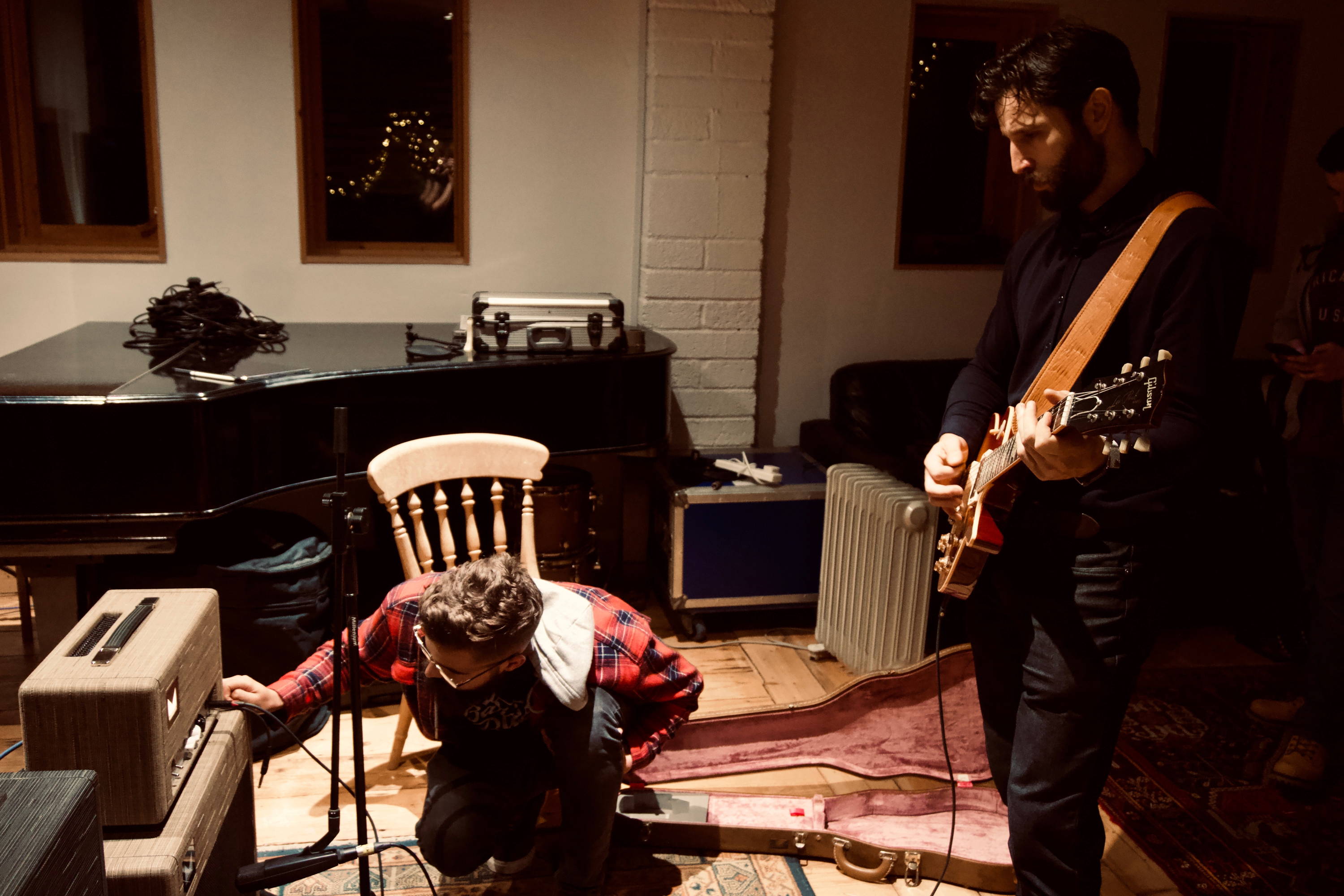 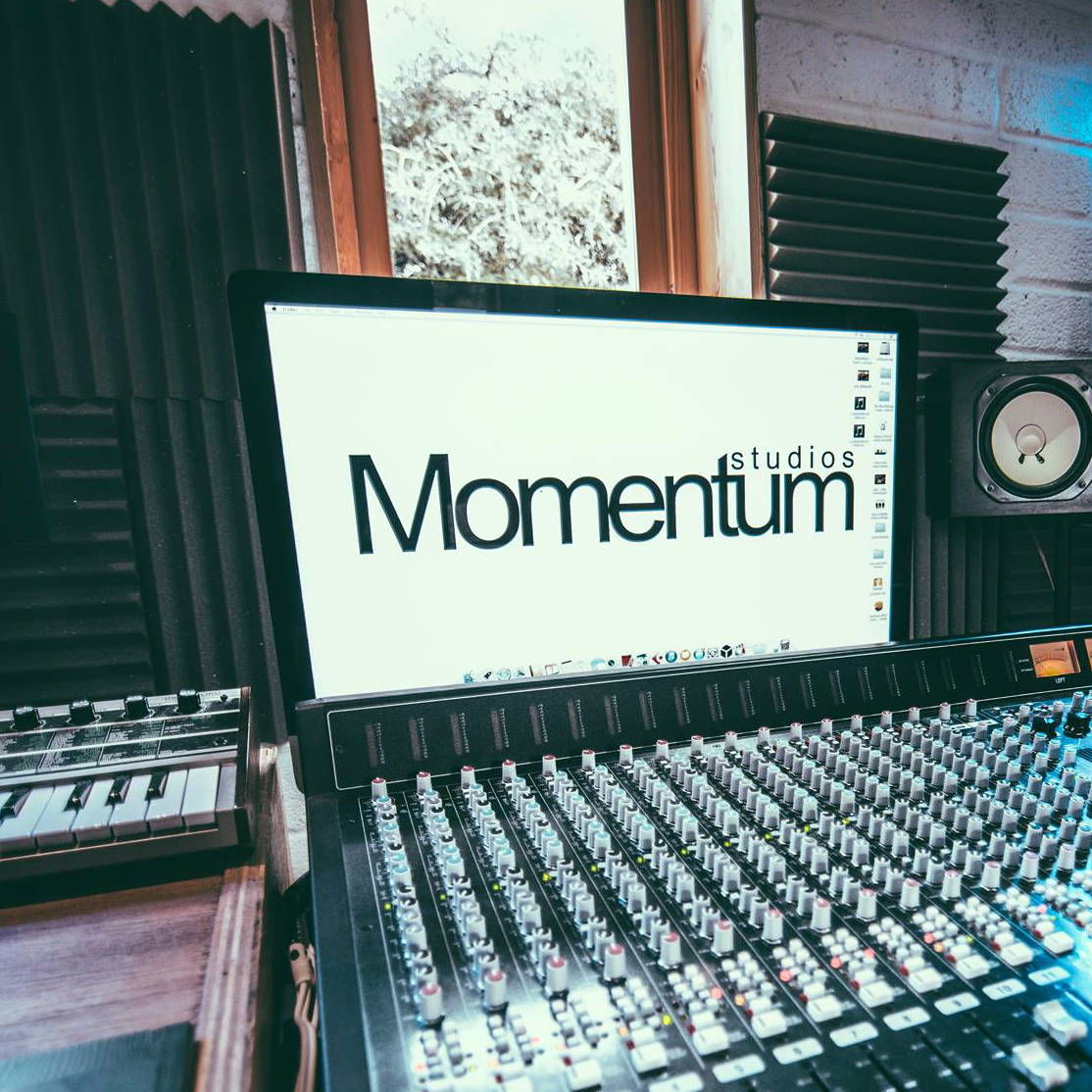 Time and time again I hear or read people saying about Tube Amp Guys vs The Kemper lot. What they are trying to convey is that someone who uses a Kemper has no interest in tube amps and someone who uses a Valve Amp will never touch a Kemper. Well, that's very far from my experience of it so far.

I am an amp collector, can't bare to sell them, really don't need them all but I know one day I'll want 'that' sound again. Some of the master volume heads are stupidly loud and unusable at most of the venues I ever play at, while others sound incredible at that one job but do almost nothing else and the other amps are everything in between. I have spent hours tinkering with them to optimise the sound or dynamic for a particular purpose.

A Kemper is another tool, one that allows me to profile these amps for versatility and consistency. It offers a consistent volume & sound to the Front of House or IEMs (In Ear Monitors) and allows me to combine my favourite amps. I still think about Profiles just like they are my Tube Amps all mic'd up next door.

There’s nothing wrong with either side of the argument but the restriction comes when someone won’t use their ears or feel something without presumptive prejudice. I’ve heard people say they feel latency, or hear compression but it’s often wishful thinking.

Believe me, if there was something missing I would have spotted it. 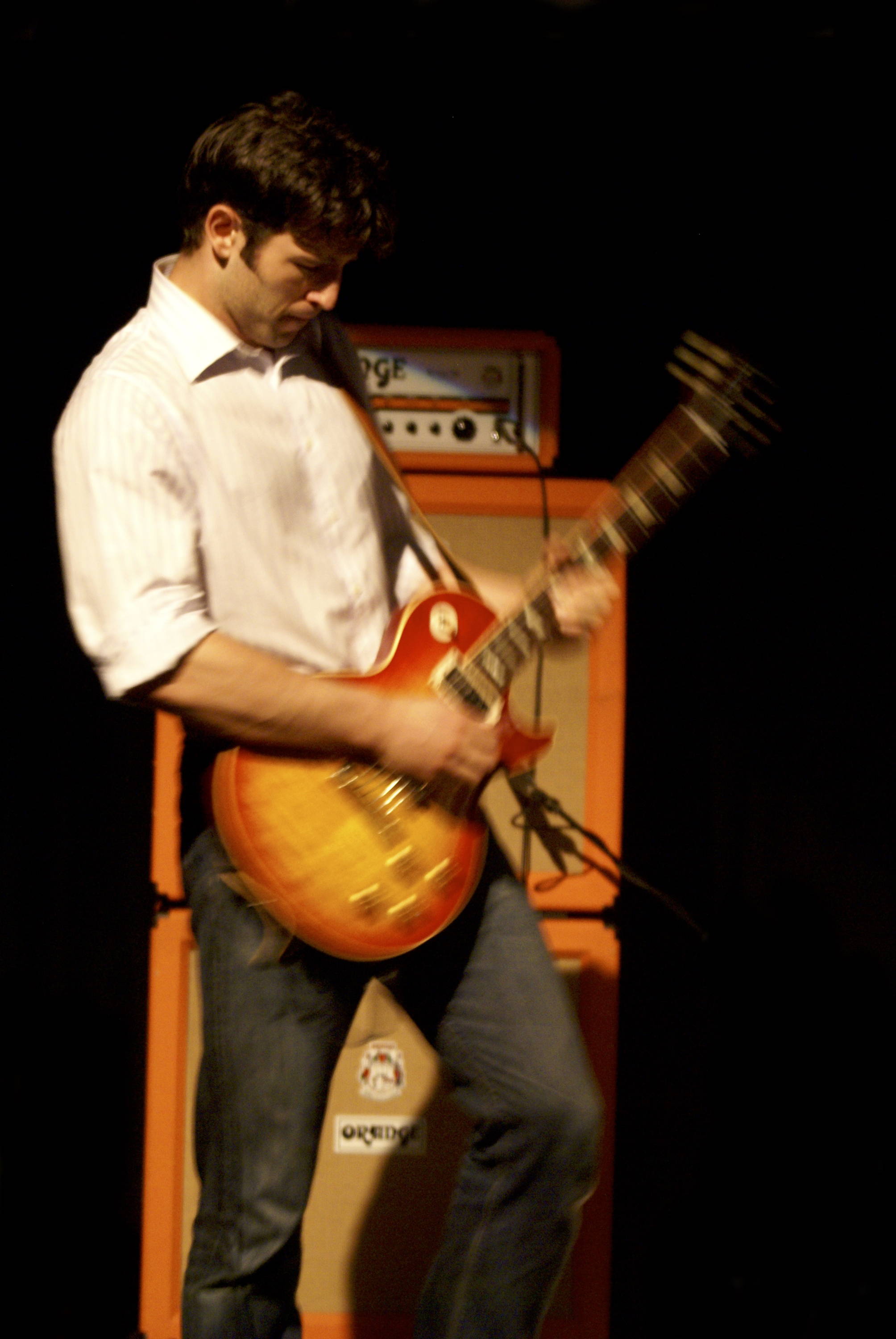 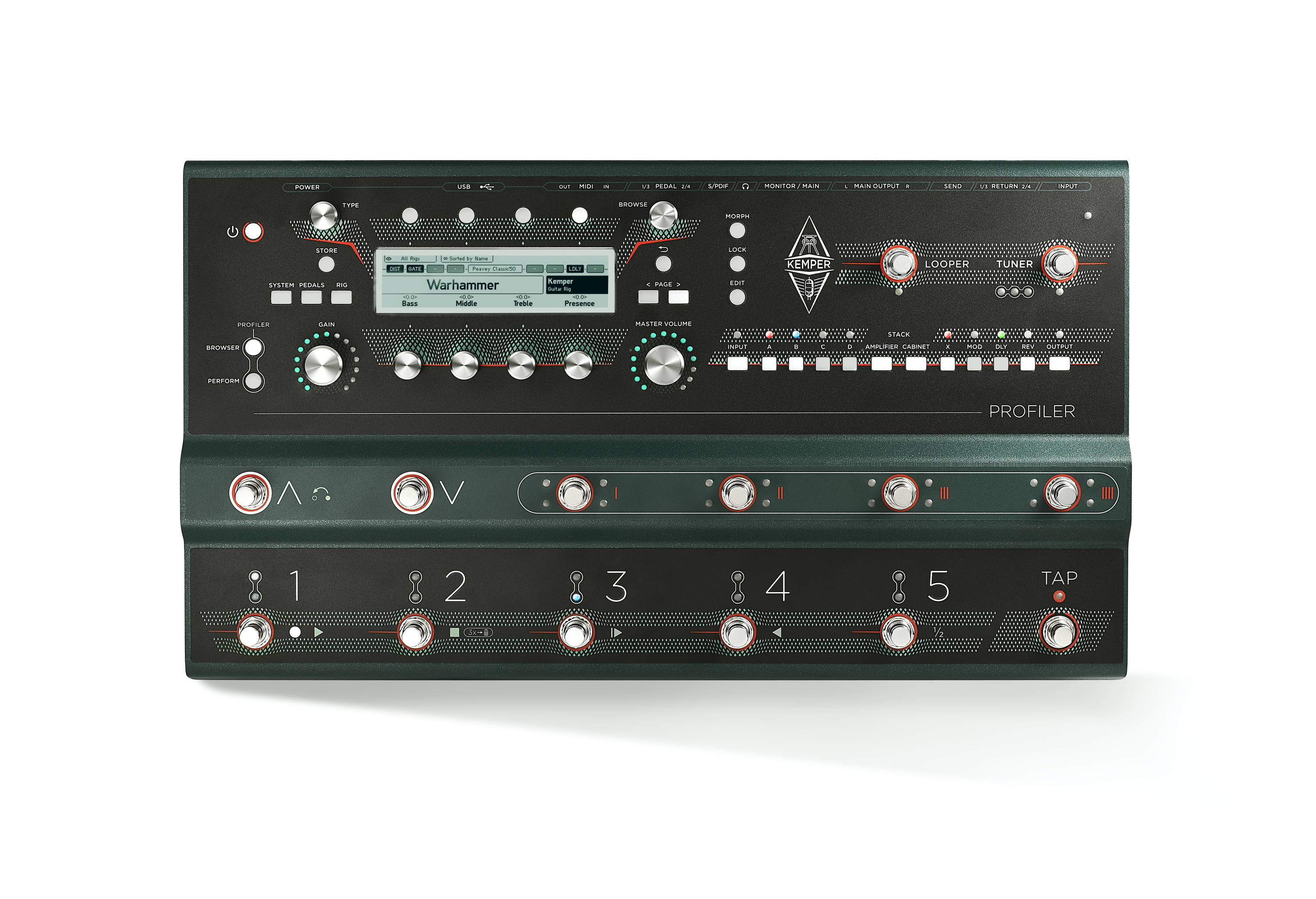 Introducing the KEMPER PROFILER Stage, new for 2019. This revolutionary device is now available in a pedal board form which combines the Remote and Profiler in one unit.

What Are The Misconceptions of Kemper Profiler?

The main thing misunderstood is what a Kemper is capturing. It is Profiling a snapshot of the mic’d up sound of the Speaker and all of those variables. The Microphone types, placement, preamps, cab size etc are just some of the variables, without even mentioning the amp itself. Through a PA, it sounds like the Mic’d up Valve Amp as if the actual amp was next door where no one could hear it at source.

Assuming you are using a normal guitar cab, make sure that the Kemper is not sending a ‘CAB sound’ to the cab. With this switched off, you are now effectively bypassing the mic’d up sound sent out to the PA, and using the Cab like a normal amp.

Your different profiles will most likely have different microphones, speakers, distances etc but your Cab speaker is always the same. Therefore, your stage sound doesn’t necessarily reflect your front of house sound.

DI Profiling, What Is It And Why Is It Useful

When a Profile is captured using Microphones the Kemper using clever algorithms to work out what the Amp sound is like before the cab. As clever as this is, it can’t be completely accurate and identical to the source amp. The DI Profile allows us to capture the amps output before it goes to the speaker.

Two profiles are captured with identical amp settings, the first as a mic’d up sound and the second direct from speaker out (DI profile). These two profiles are then merged. Now when you connect to a cab it is as true to the source amp. 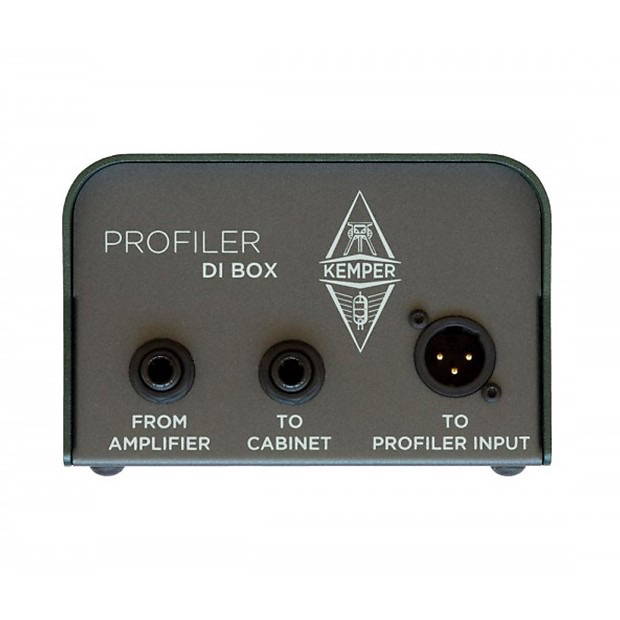 Players who have ‘the’ valve amp sound(s) they want and don’t need anything else have no reason to look elsewhere.

Guitarists who want simplicity and no clutter. Sometimes less is more.

A player who likes a clean amp sound and does the rest with pedals isn’t going to benefit from a Kemper.

A Good Kemper Profile Is Everything!

Rubbish in Rubbish out. If you capture a profile by just stuffing a spare SM58 in front of the speaker, the Kemper will give you exactly that... a poor mic’d up sound.

Of course, if you use a great sounding room with top end mic’s, high quality preamps and a good ear to place them.. then you get great profiles.

When I first tried a Kemper it was a bad profile of an average Vox AC30.. I hated it. It put me off for 2 years.

Do You Treat A Kemper Like A Valve Amp?

A Profile responds to the dynamic of playing like the source valve amp it was captured from. However, that Valve Amp was set a particular way and any changes to the EQ of this amp will make a difference the profile does not account for. An example of this is if you turn the Bass up on a valve amp it will push the next set of components differently. Turning up the Bass on the Profile is boosting frequency Post mix. This is why many profiles are taken of the same amp, to capture not only gain structures but also tonal variant.

You should try not to radically adjust EQ and Gain on a Profile as it will not represent the source amp. I’d recommend changing definition followed by presence first. If you do which to change the gain or EQ try and keep within 3 notches.

Think of it like an amp next door you can’t actually change but you have levels and EQ in front you to manipulate the sound.

Is A Kemper More Consistent Than A Valve Amp?

The quick answer is yes, in most cases but there is more to it than that. To understand this we need to realise what makes a mic’d up amp have inconsistencies. We will think of the sound purely going through the PA.

As the volume of an amp goes up or down the dynamic and sound will vary. This is often solved by setting the volume and gain to the same notch each night. This will remain consistent assuming the eq isn’t changed and tubes remain in good health.

There are many different microphones to use for a guitar cab. To name a few; Shure SM57, Sennheiser MD421, Sennheiser e609, AKG C414, Neumann U87, Royer 121... Each of these will make a significant difference to the sound captured and unless you own your own, you are in the hands of the Sound Engineer.

Moving the microphones makes a massive difference to the sound captured and with multiple mics comes more variable. Like many people, I use markers on my Cab and avoided angled axis mic’ing to get consistency.

This is the more awkward one, bleed from nearby speakers or resonance from the floor/stage can create difficulties in the consistency of the sound. This is often caused by cancellation, where a resonance from another source (such as the floor vibrating in sympathy with the amp/note) is out of phase. This often happens in the mids with a fix being to wide notch that frequency out of the mic’d sound. As you can imagine this greatly changes your sound.

As mentioned above, EQ adjustments are often the result an Engineer changing your mic’d up sound to fix an issue. The more consistent and isolated the sound going in the less extreme the changes need to be.

All of these issues exist when profiling a Kemper but in general they are greatly reduced. By having a clean, consistent sound sent to the front of house, the engineer will have less to worry about and be far less inclined to heavily EQ your sound.

For most, the controlled environment makes the Kemper more consistent. This can be matched on stadium stages with very careful mic’ing techniques.

Kemper has been incredible on tour and in the studio. Giving me versatility, great tone and consistency.

The Kemper has revolutionised my rig. In the past it was about finding workarounds and trying to get all of the tones I needed (or wanted) out of whatever rig I ended up using. The Kemper lets me get the tones of my actual amps in a portable package that's easily adapted to whatever rig I need.

When you buy a Kemper Profiler from us we include all of our Profiles we have taken in Momentum Studios.