Eddie Van Halen is not know for his use of a Wah but it is none the less an effect he has always had. His customized wah from the early 90s had a High Q inductor and a wider fequency sweep making it sound far more vocal than a normal wah. When the MXR custom shop team analized the actual pedal they found it had been used heavily to the heal side. This over use had actually changed the pot giving it even great range in the low end.

The EVH Wah, sometimes known as an EVH95, has the High Q with extra enhanced frequency sweep to better match the one Van Halen uses.

In practice this is a really dynamic pedal which is particularly suited for high gain sounds. With many heavy sounds a normal wah can feel weak as it does not change the tones of the amp significantly enough. By having this extra wide sweep it sounds amazing pulling out harmonics from all over the range and really highlighting the natural unique qualities of the amp and guitar used.

In our opinion it does not suit a clean sound very well as it will comes across very extreme but that is not what it is meant to do. 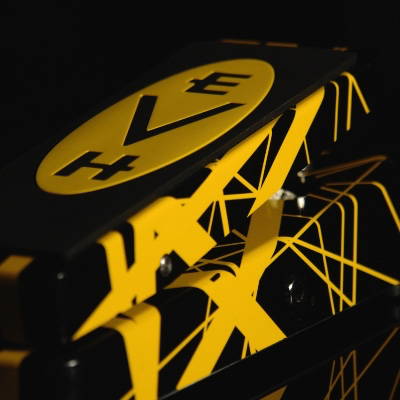 When you put your foot on a Wah you are often looking for something to feel right as well as sound right. A lot of that is down to the resistance the pedal has.

There is an Allen Key included with the pedal which allows you to adjust the tension on the pivot. The Kirk Hammet and Zakk Wylde also have this control. We love it and think it is a great selling point. 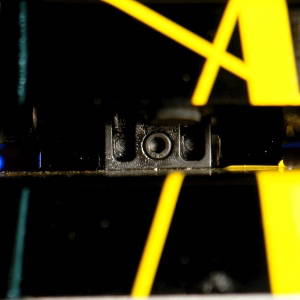 We love the look of this pedal, the sound is amazing and the bright LEDs are very useful.

Even if you are not an Eddie Van Halen fan this is an amazing Crybaby and highly recommended for any Guitarist who uses high gain settings.