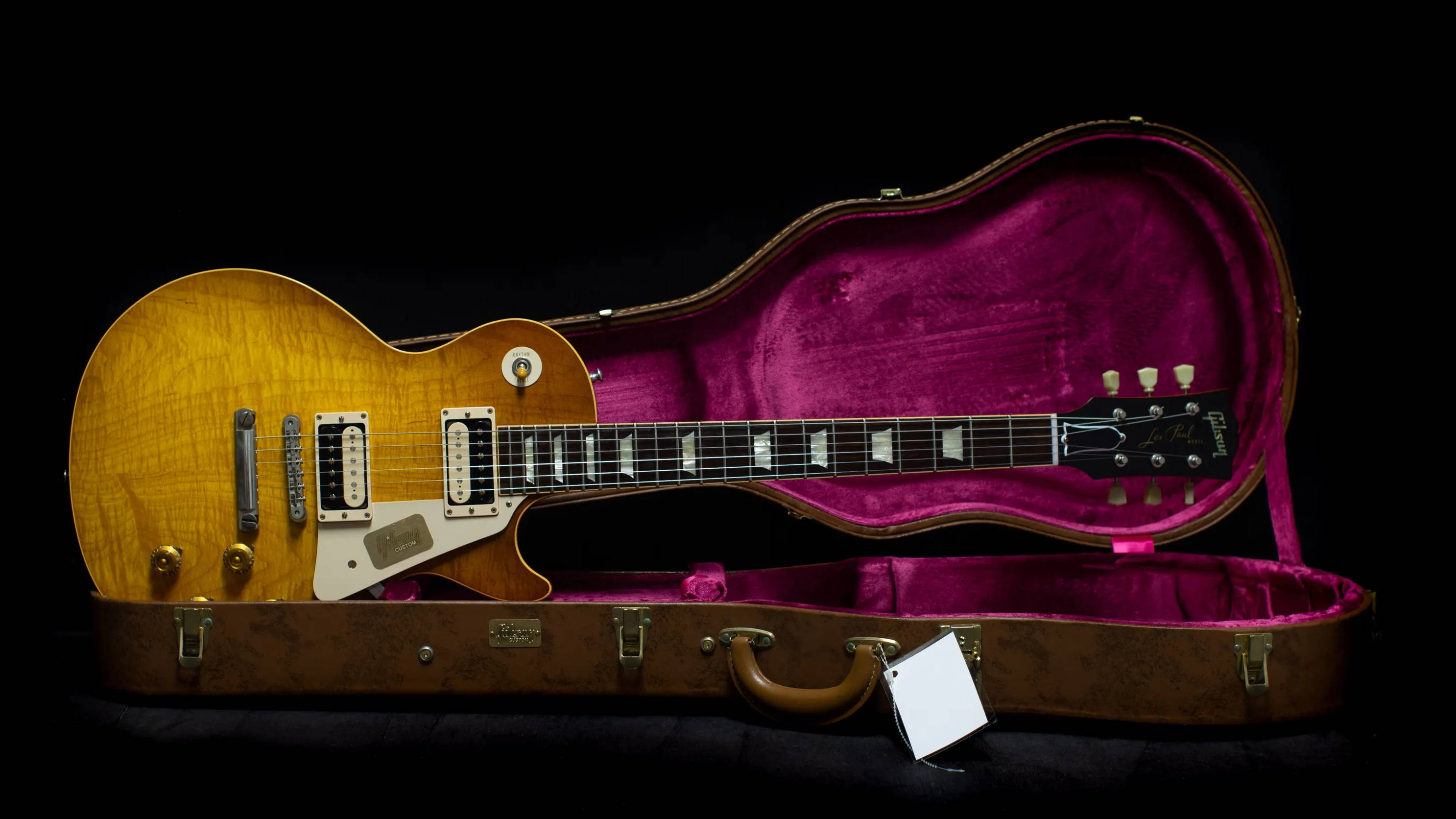 The Collector's Choice series by Gibson Custom offers the most avid fans of Gibson's legacy the chance of owning a piece of history, through the precise and exacting replication of a series of prized original sunburst Les Paul Standards. As a result, each Collector's Choice guitar represents the closest thing possible to owning one of the best of the best of a rare run of guitars made between 1958 and 1960 that is already recognized as the most desirable production model in the history of the electric guitar. Collector's Choice #4, serial number 9-1228, a.k.a. "Sandy," is again the result of intense study, scanning and hands-on examination of the original guitar, a 1959 Les Paul Standard.

This specific guitar is number 22 in a limited run of around 300 in existance, and the photos are of the actual guitar! 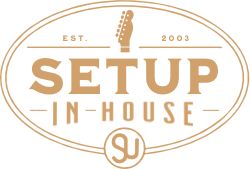 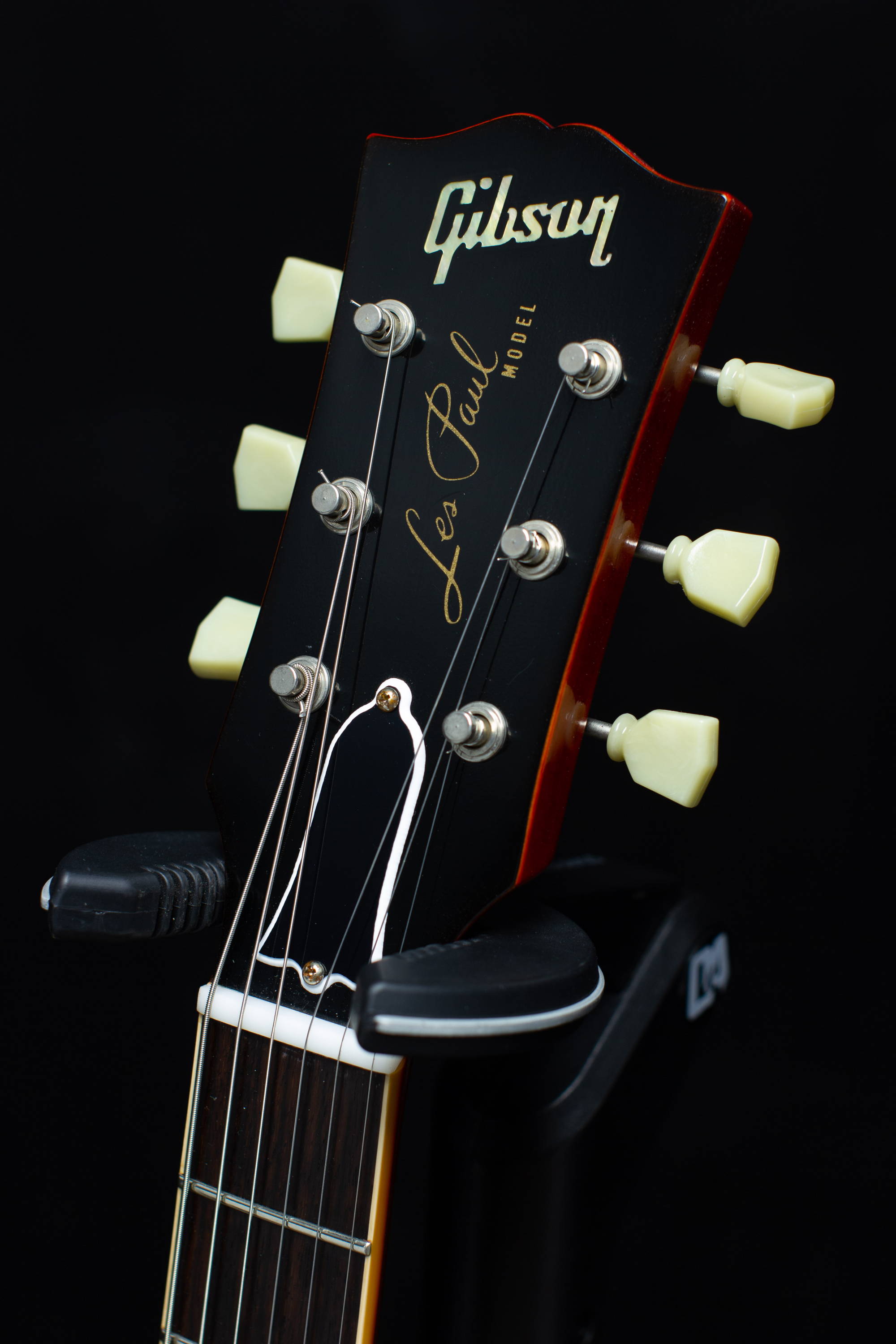 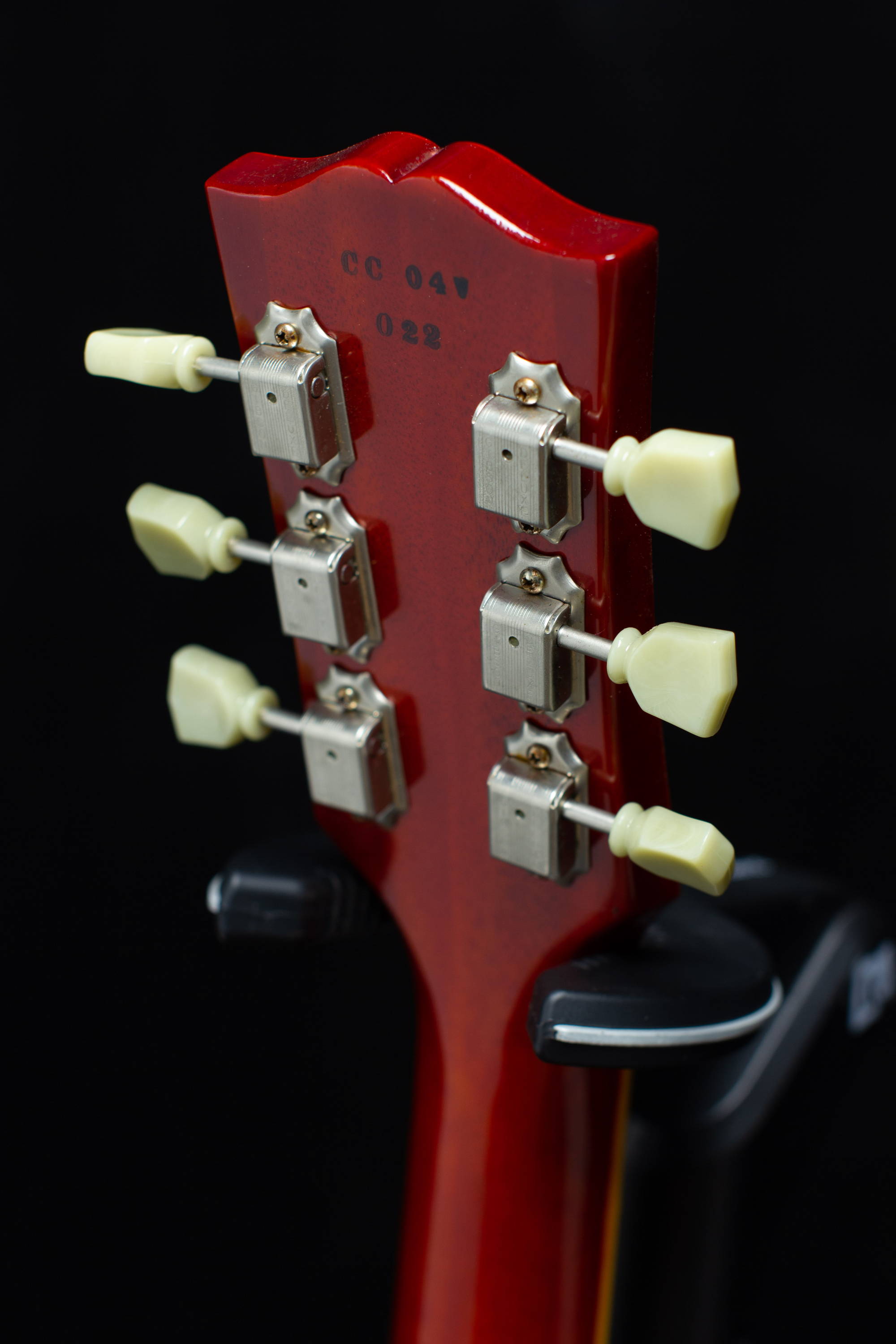 Featuring a Vintage Nitrocelluose finish from the Gibson Custom Shop, this Les Paul will have that classic look and feel, but is still essentially a blank canvas for you to add your own wear to and make it your own over time. The stunning maple top looks incredible at all angles, with a mixture of the flame and grain running perpendicular to one another, both being visible in different lightings. This is truly a three dimentional maple top, and this is down to the hand selected woods from the Gibson Custom Shop. 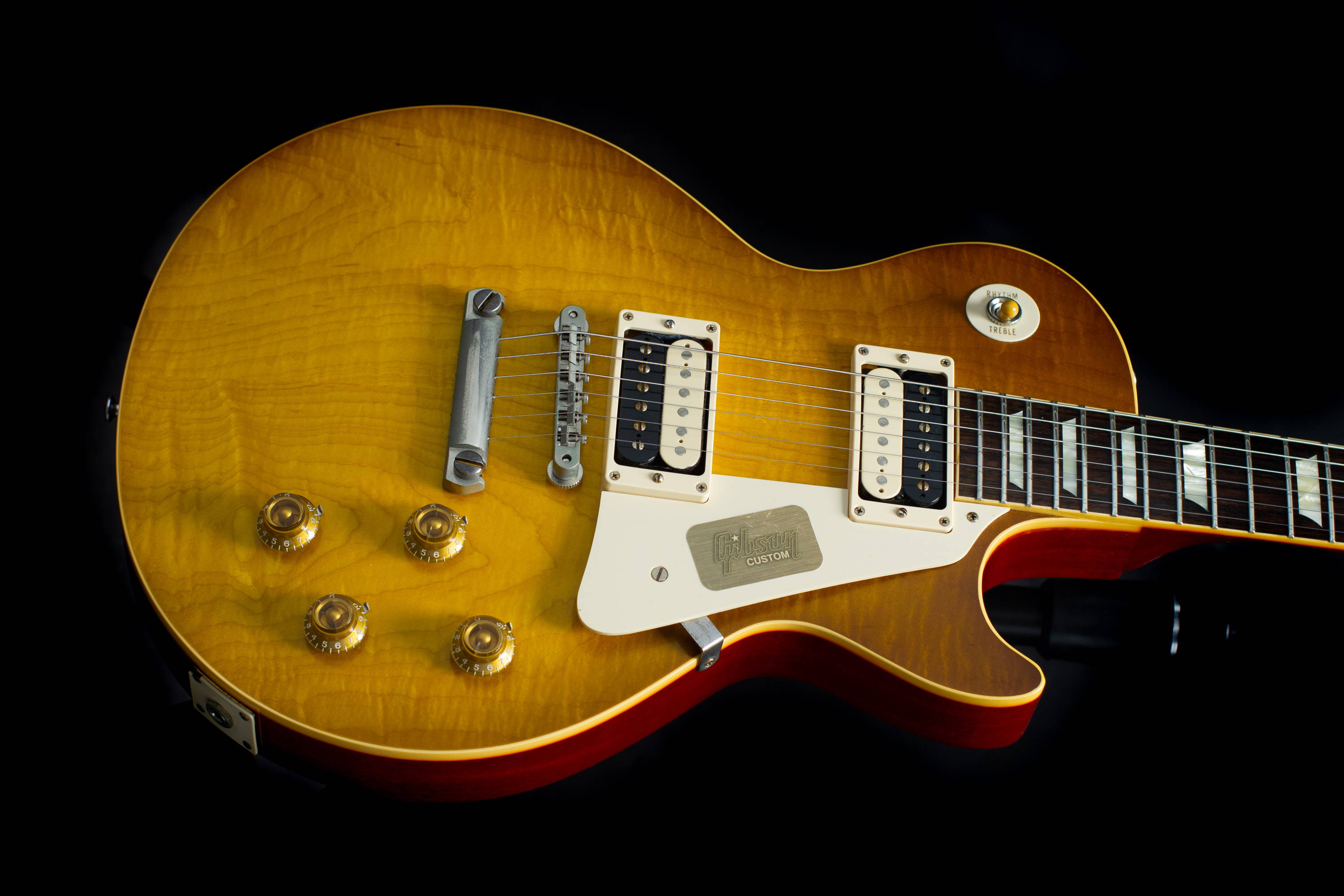 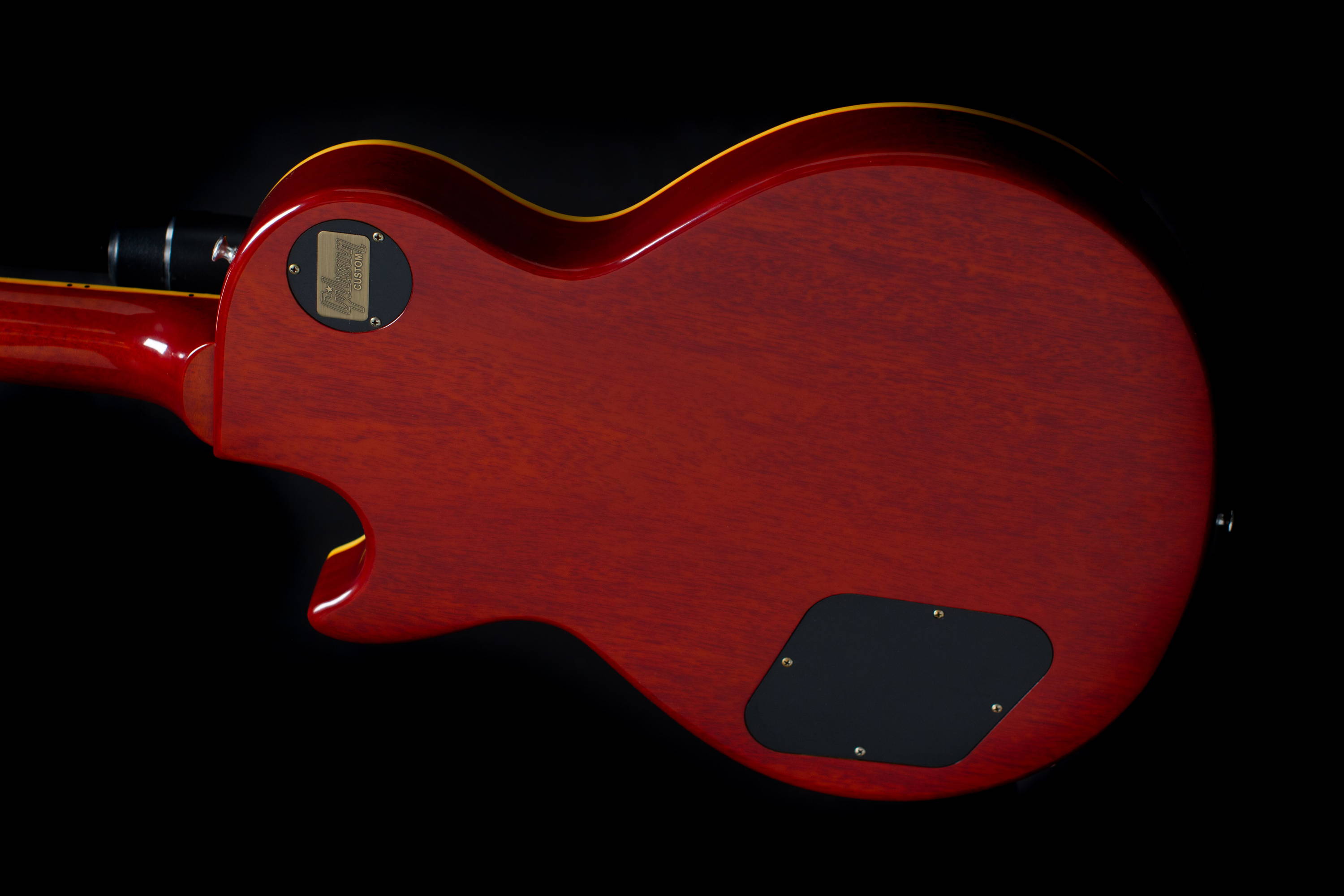 MAHOGANY BACK FINISHED IN CHERRY RED

Mahogany back with a period correct cherry red finish, staying true to it's original counterpart upon which it is based.

Top of the range Custom Bucker's with Zebra coils from the Gibson Custom Shop, making this guitar sound as close to a real 1959 Les Paul Standard as possible. 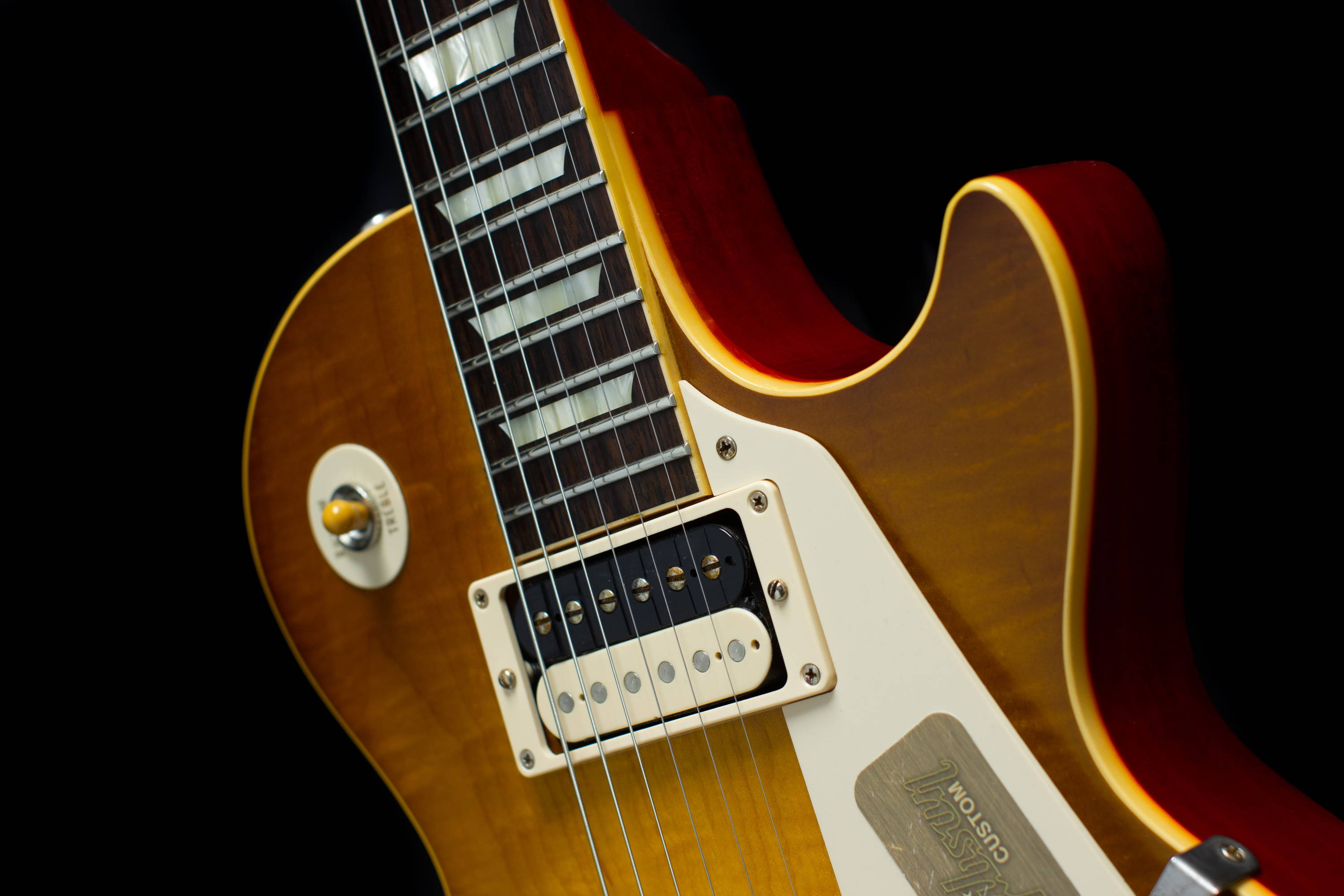 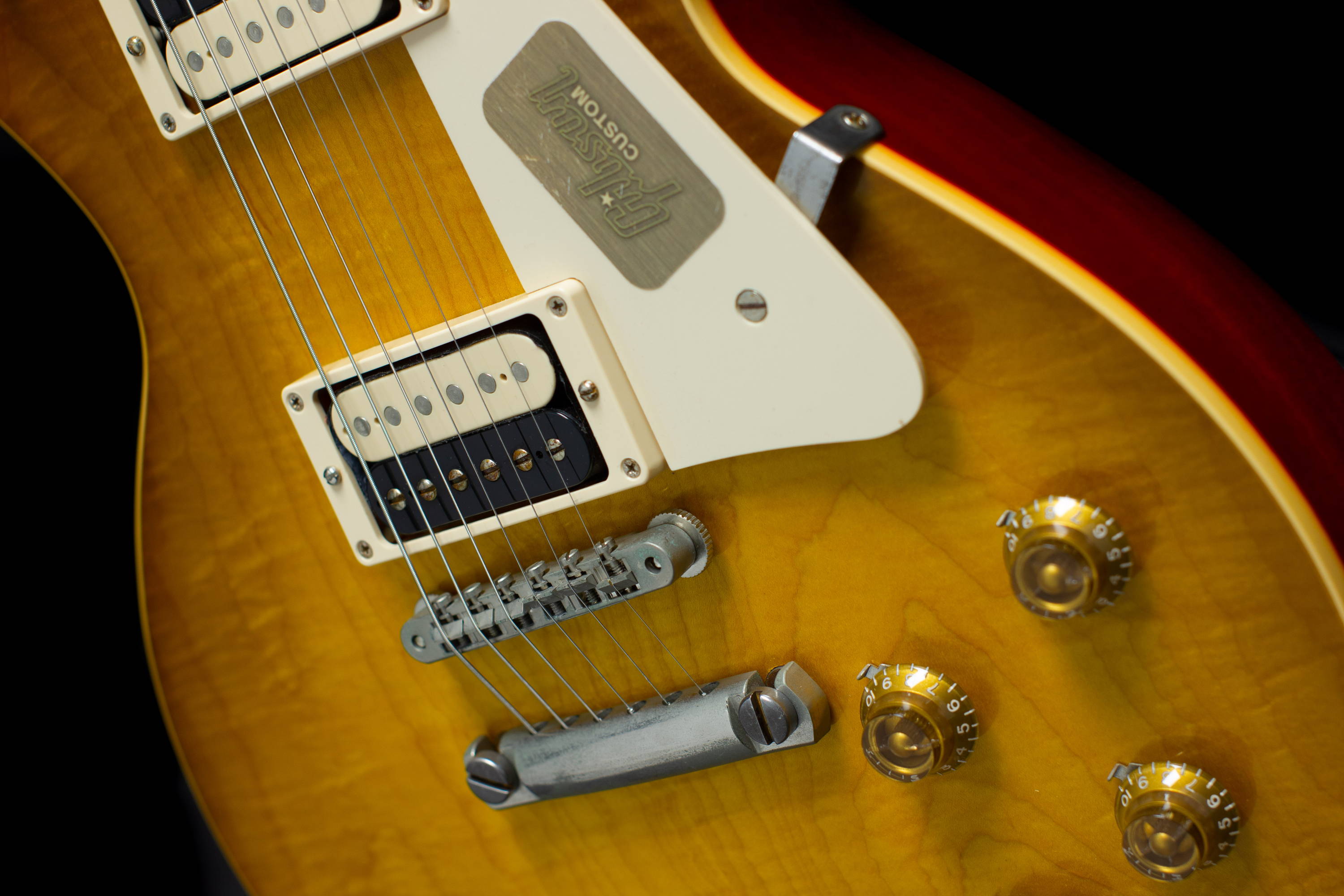 Faded cream binding, seperating the stunning lemon burst maple top with the the cherry red mahogany body beneath it, alongside a top of the range switchcraft three way toggle switch with vintage plastic tip.

Nitro Cherry creeps in to the binding on these guitars creating a really lovely effect. This was typical of '59s and was "fixed" in the 60s so it didn't happen as much. The attention to detail is excellent. 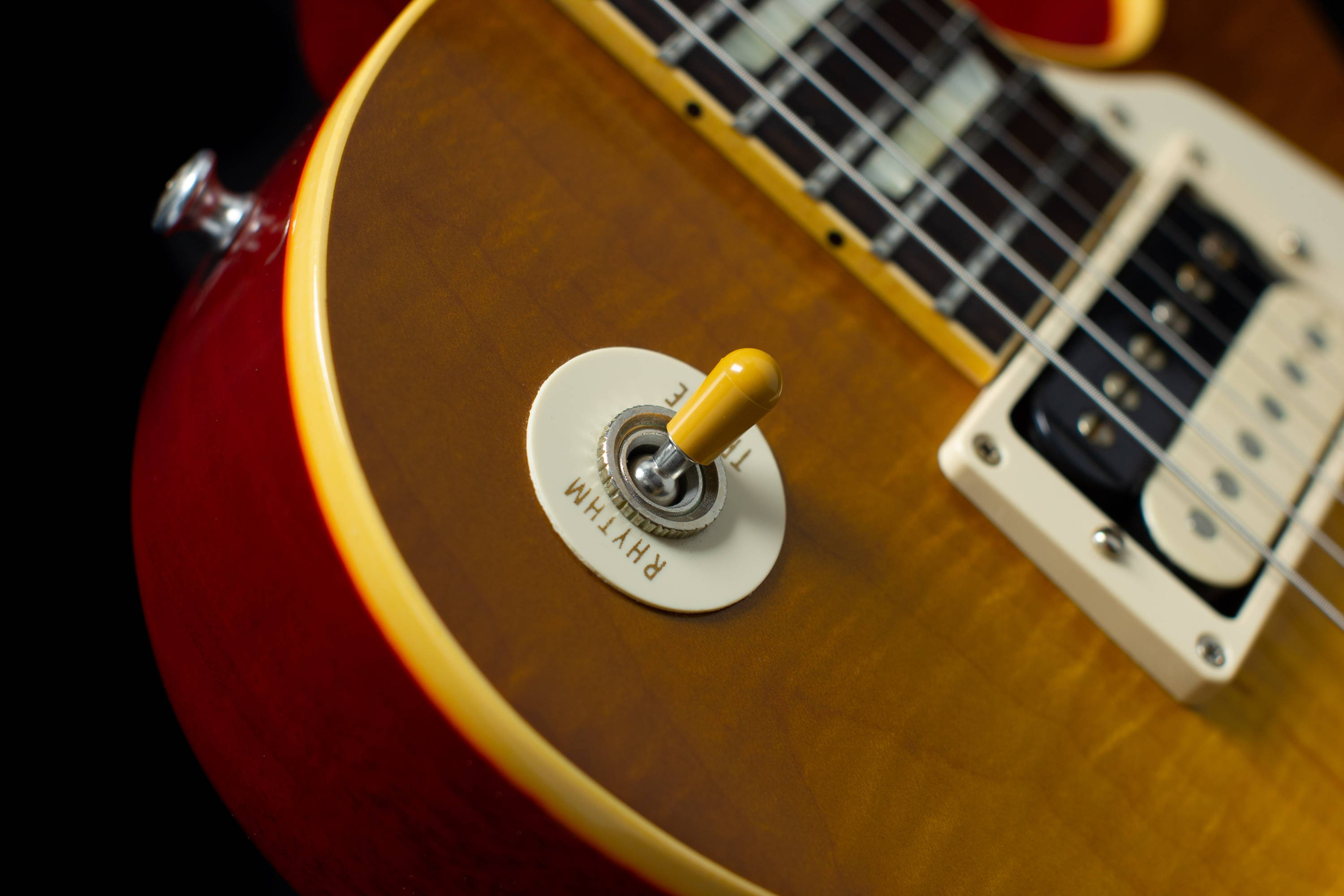 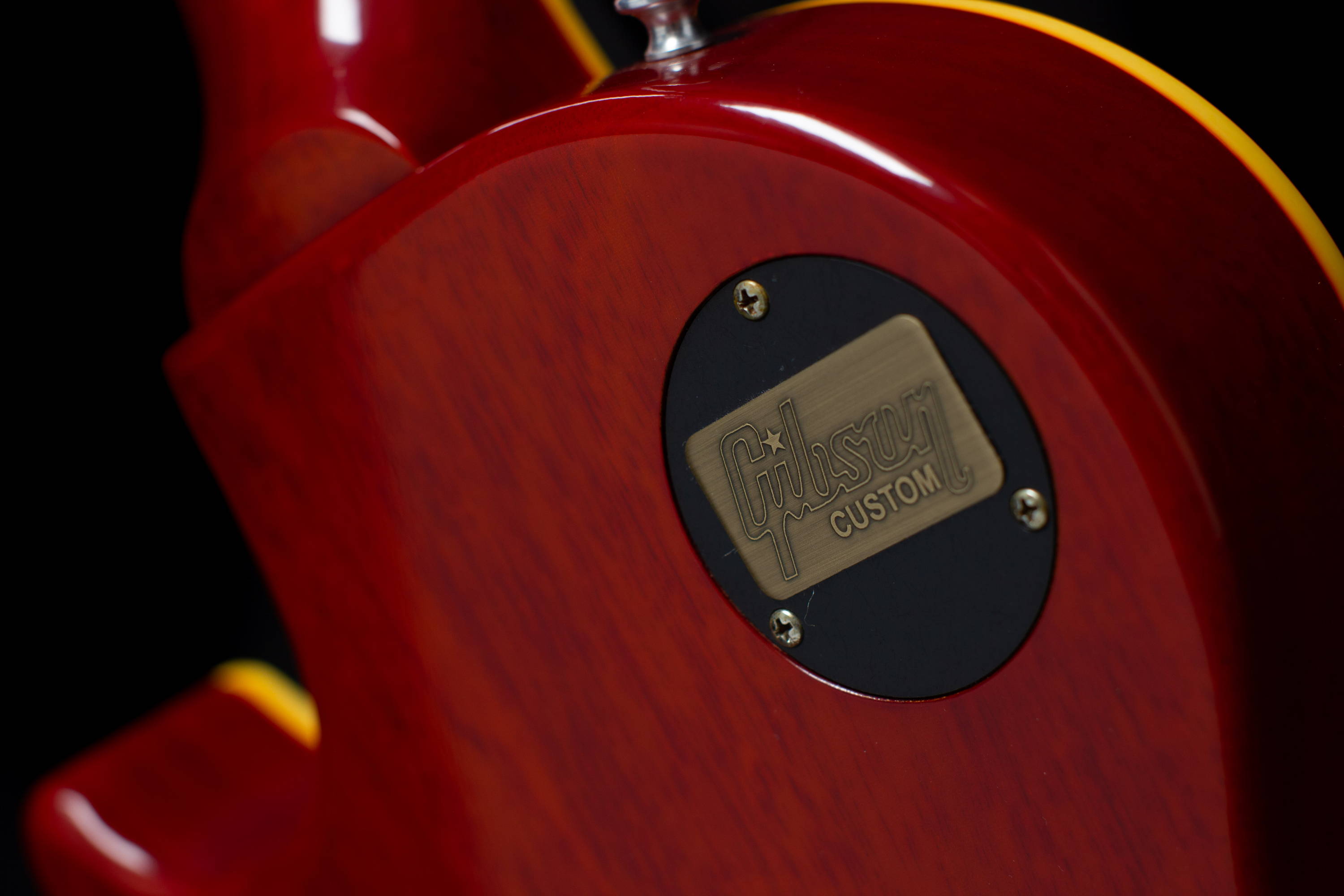 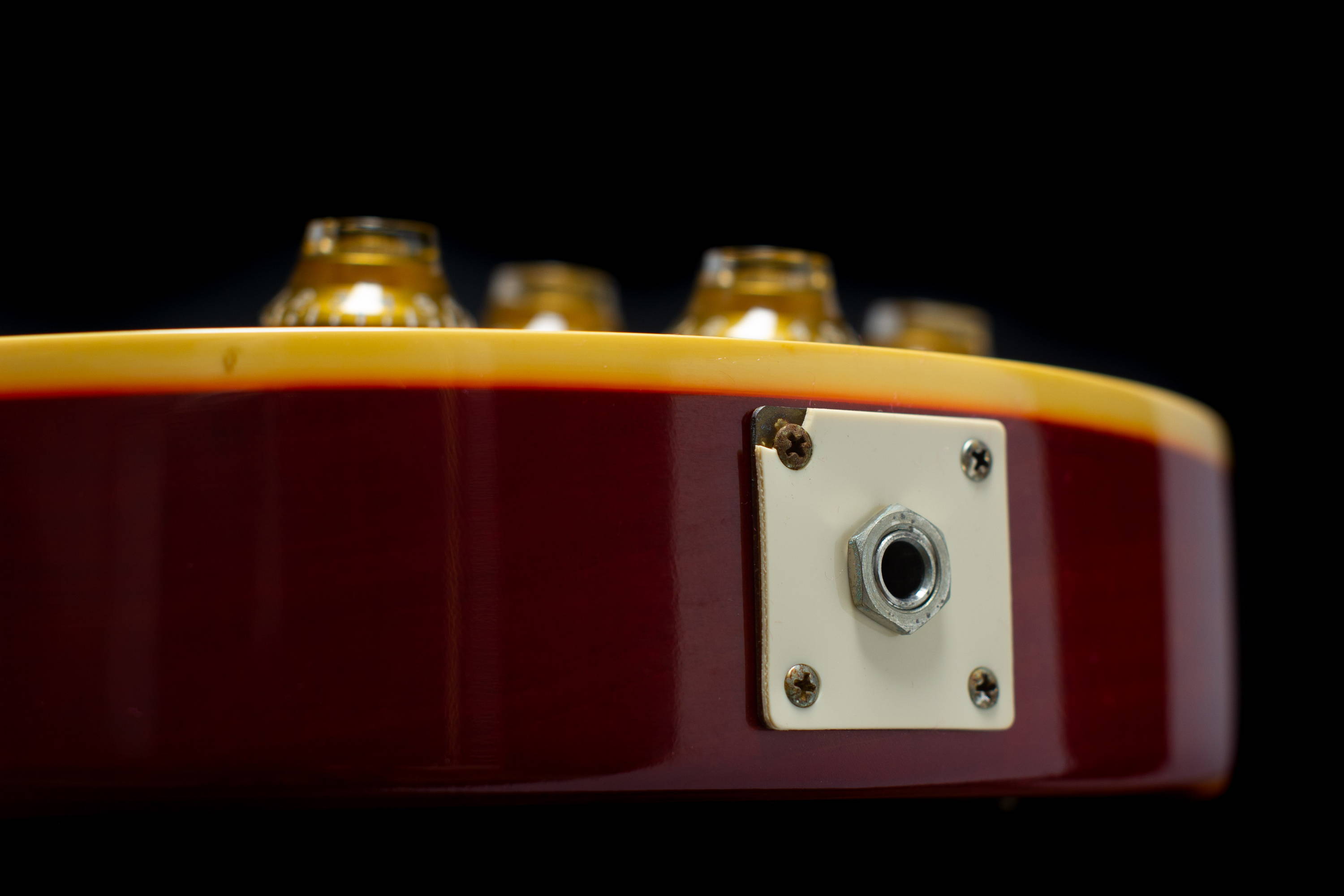 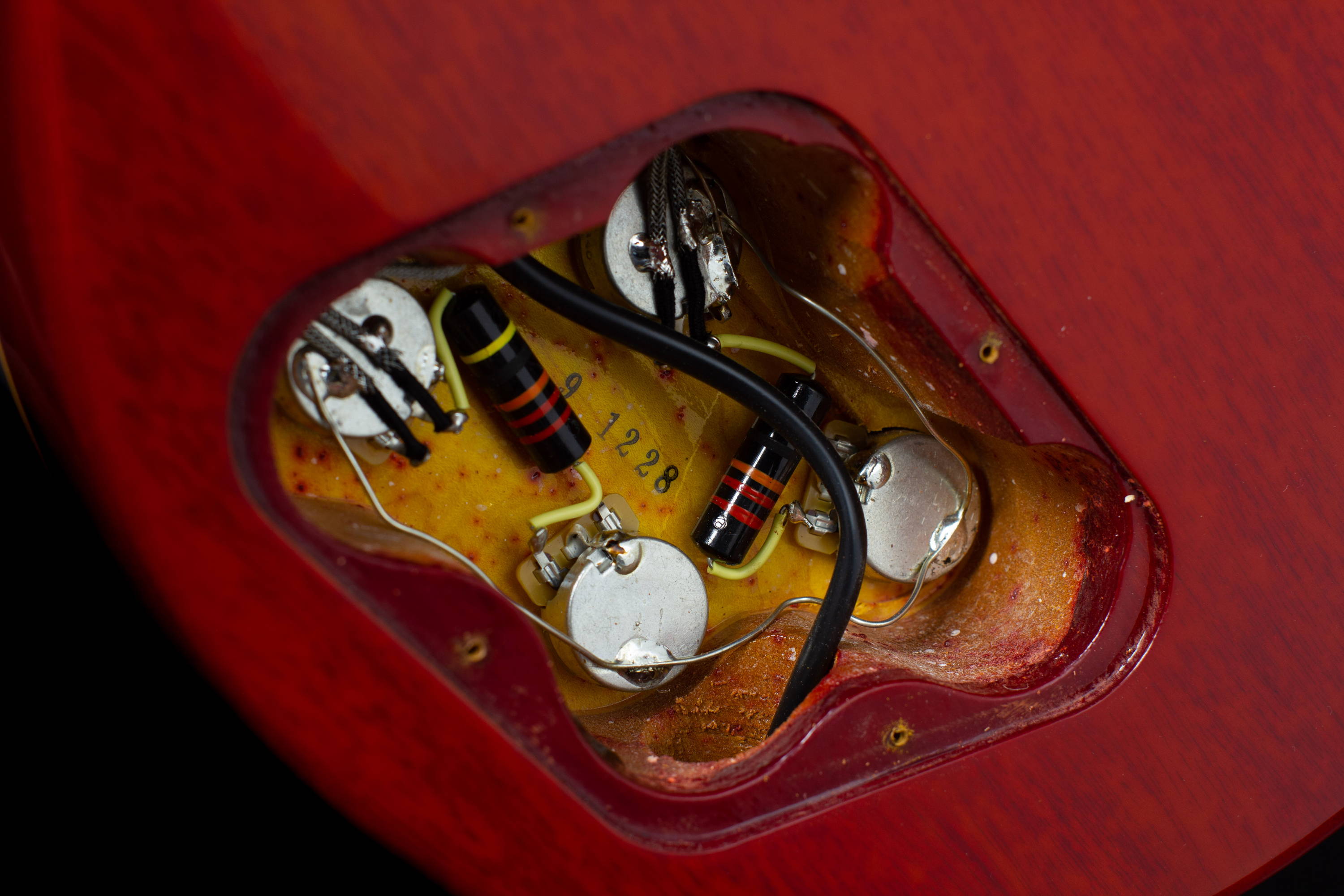 Highly desired Bumblebee capacitors with vintage style wiring making it as close as possible to how these Les Pauls were wired in 1959.

For a Gibson Les Paul this is very lightweight weighing in at just 8.474ibs, this is not very common seeing as it is non chambered staying true to the vintage spec, thus making it more desirable as it feels very balanced with even weight distribution. 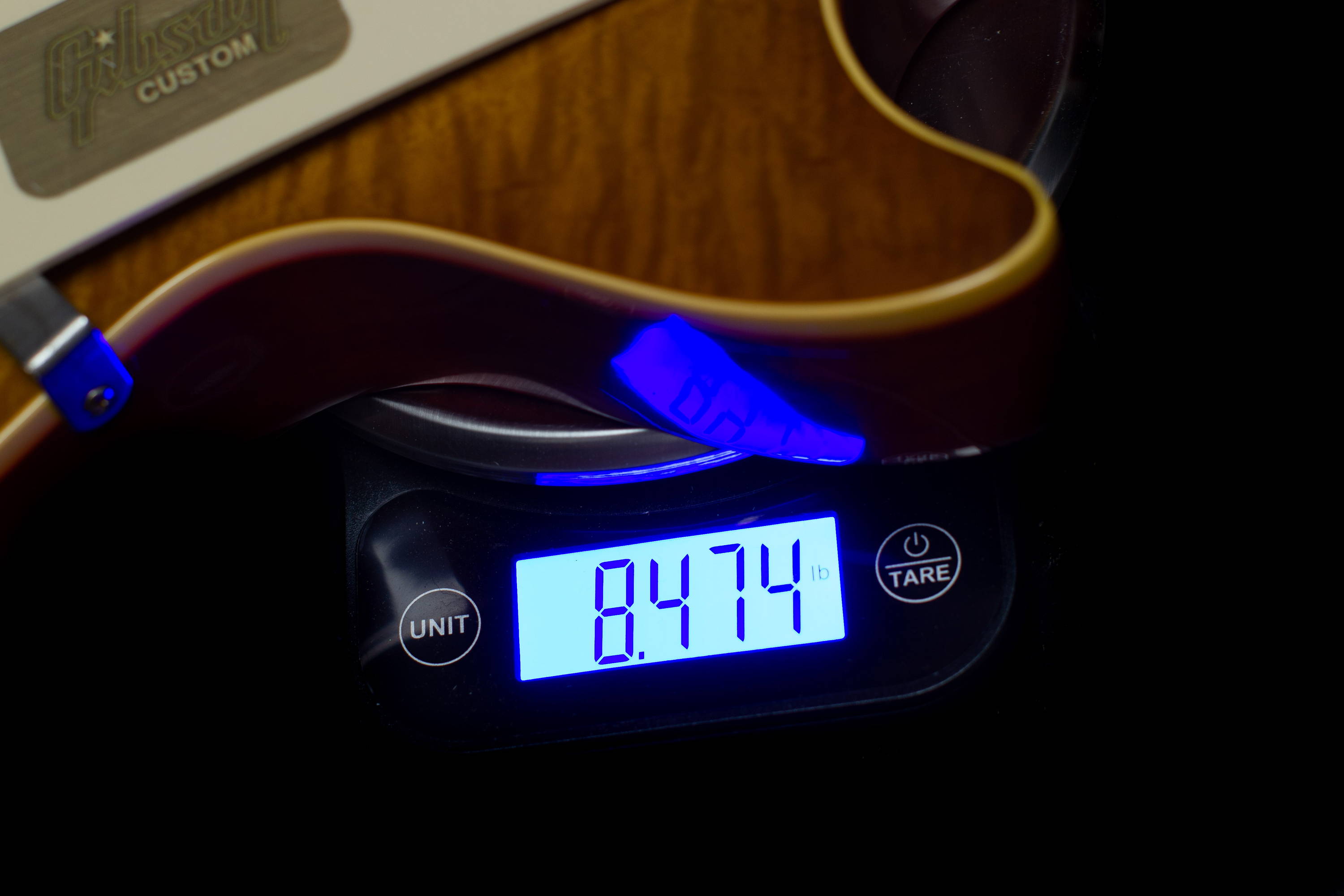 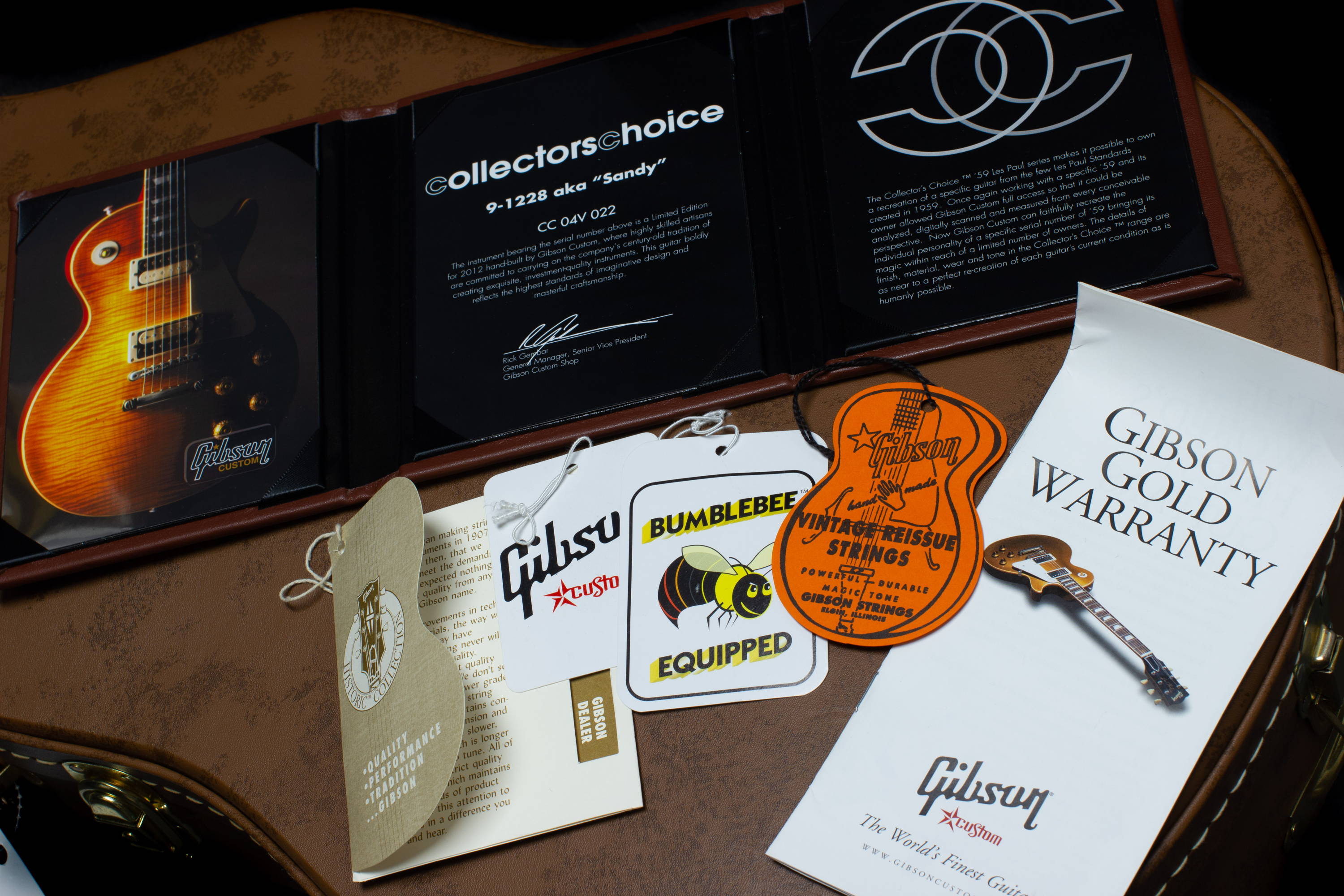 Collectors Choice authencitity handbook showing off where the inspiration came from for this limited run. Also, included is the original hand tags and case candy that you would find in an original 1959 Les Paul Standard, making it even more of a collectible and rare piece of gear. 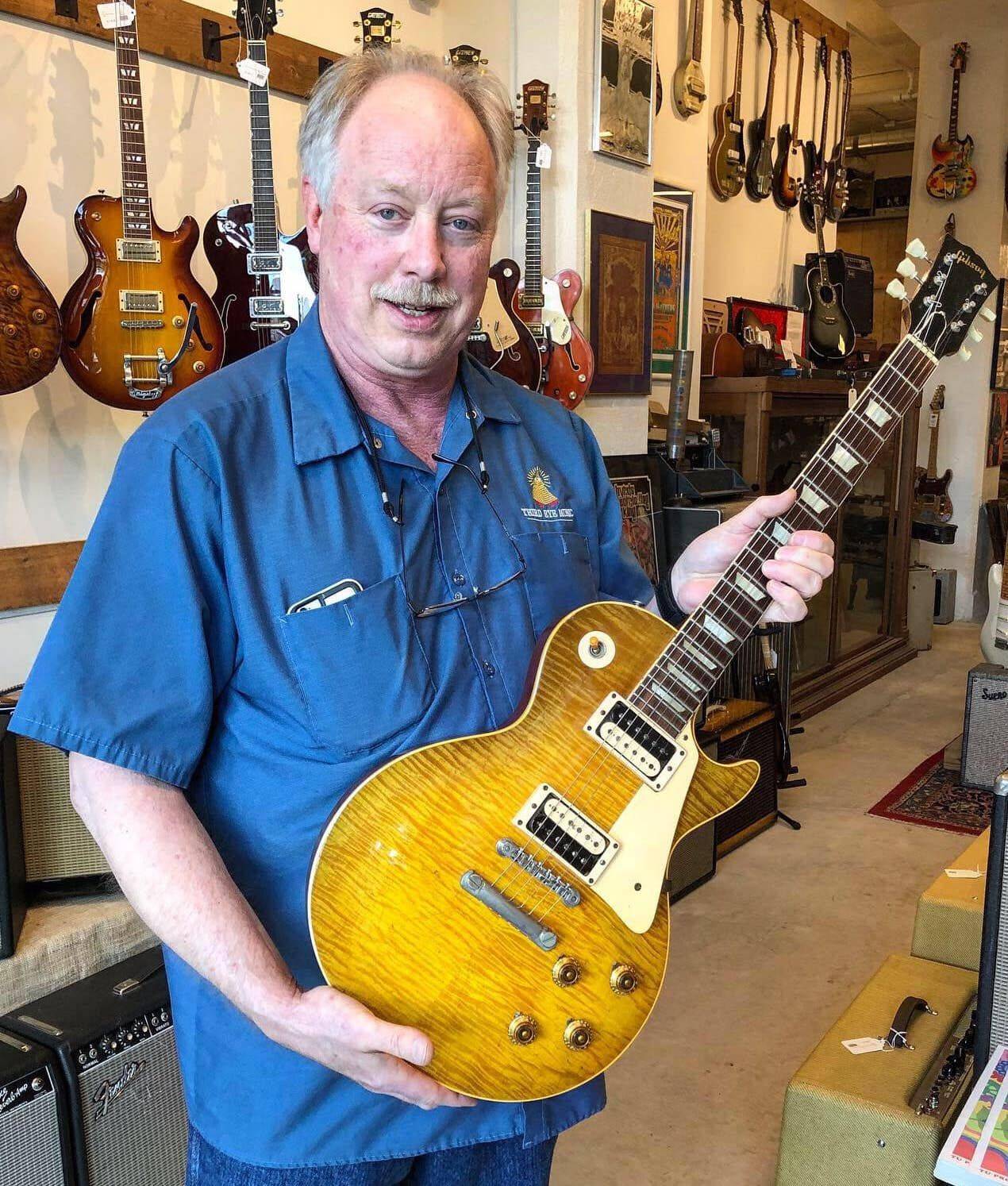 This is the original 1959 Les Paul Standard nicknamed 'Sandy', which is what this collectors choice Les Paul is accurately based on. This picture features it's most well known owner Tom Whittrock, a well known collector of vintage guitars. Tom loaned the Gibson Custom Shop 'Sandy' so they could laser scan and copy all of the specifications and dimensions down to the smallest detail.

This Collector's Choice Les Paul is a very accurate recreation of the original in every possible way, making it the ultimate collectible for players who want the look, feel and sound of a well known 1959 Gibson Les Paul Standard! 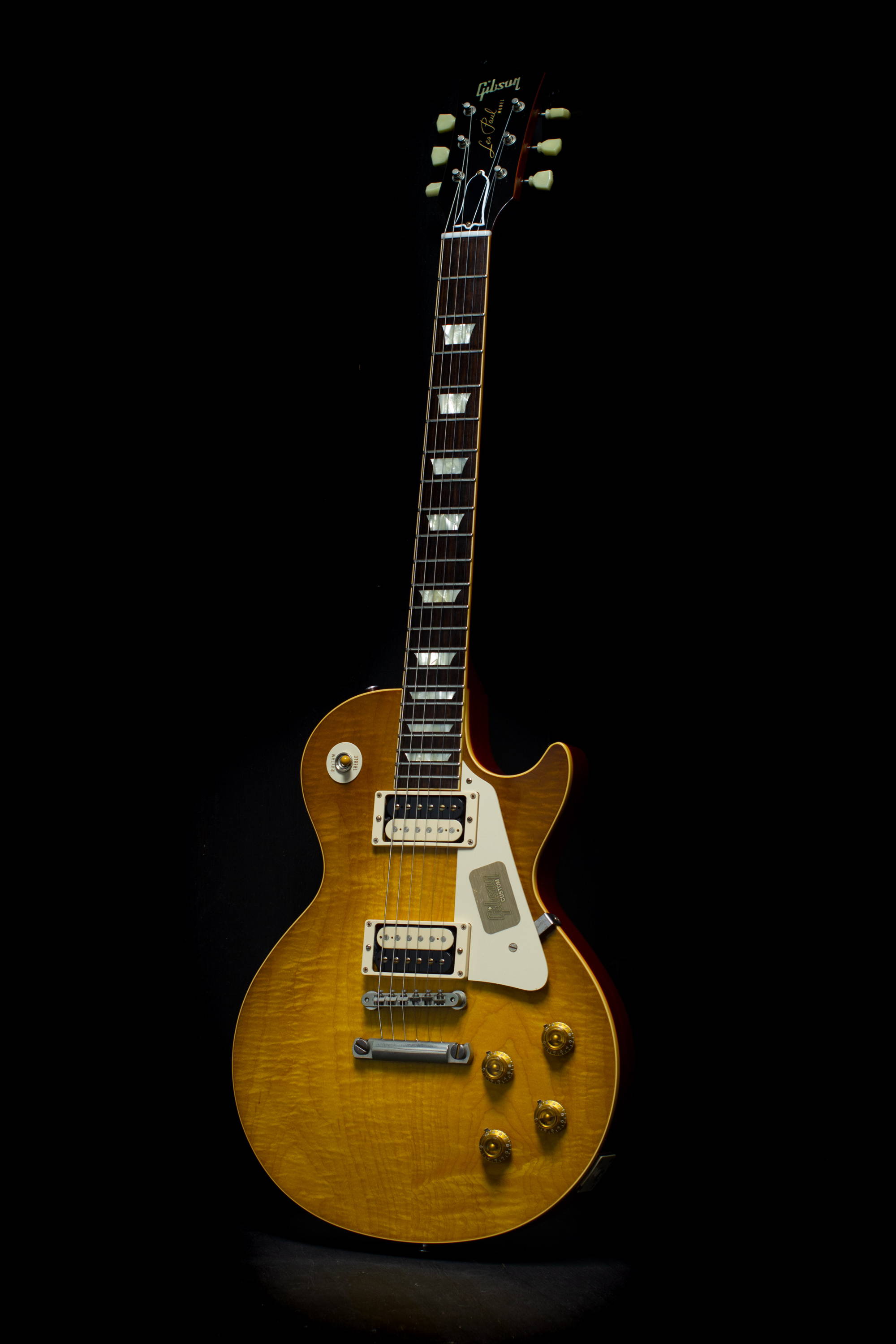 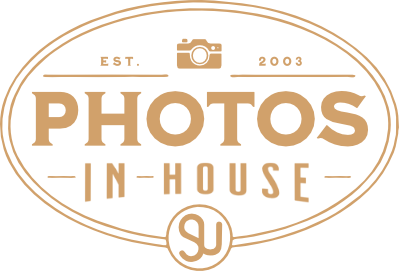