The Lyric HG is designed with sound quality in mind; to pass analog audio from point A to B with as little change as possible. It very simply solves the problems with strand interaction and geometry using superior materials. By applying the best materials in a “less is more” design, the results are a cable that disappears from the signal path.

The Lyric HG is best suited for studio applications or home use. Where the cable will be used live or subject to the rigours of touring, the Forte would be a sonic equivalent using IGL-ECS conductors in place of the IGL solid core conductors.

The Lyric is one of the most popular cables from Evidence Audio and is used by big names such as David Gilmour, Jeff Beck and John Mayer.

It is a dual solid core design meaning it is also able to made in to Stereo Guitar Cables and XLR leads. The solid IGL Copper cores have a noticeable difference to the sound of a normal multi strand cable. The Lyric is designed to be the purest signal path for your guitar.

“The Lyric HG developed a devoted following of well known engineers. Now that is saying something about signal quality”

A source of distortion in cables is strand interaction. Cables are stranded to provide flexibility. However, every strand in a bundle is trying to carry the same audio signal as the strands next to it. The problem arises given the fact that current running through any single strand sets up a magnetic field. This magnetic field introduces change to the signal carried in neighbouring strands.

The more strands a conductor has, the worse the problem. When compared with a solid conductor of equal cross-sectional area, a stranded conductor obscures micro-dynamics and adds an edge to the sound similar to the distortion caused by low-purity copper. In addition, mid-bass and lower frequencies lose their sense of impact and articulation. Bass lines with stranded conductors are “fat” and slow, with obscured harmonics in comparison to bass conducted through a solid core cable. 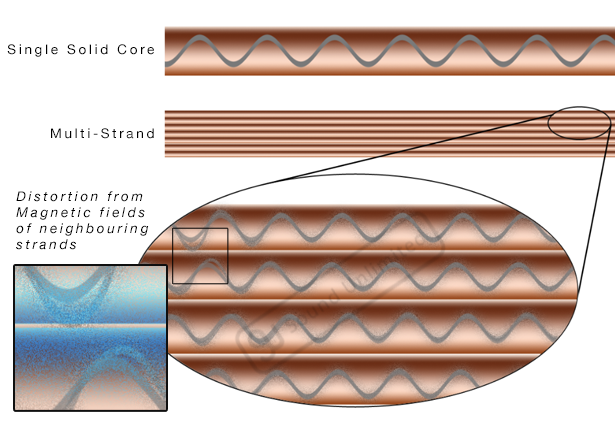 IGL stands for Increased Grain Linearity. It is a copper that has been refined to a very high degree of purity, and in a manner that causes the copper grains to be very long and line up with parallel boundaries. Longer grains in the copper result in fewer grains per foot. Grains aren’t necessarily a bad thing It is what copper is made of. However, it is the space between the grains where impurities collect. The IGL refining process reduces the number of grains, and makes sure that the grains are aligned in a way that doesn’t allow for many impurities to collect. IGL Copper is not only very pure; it is pure in a way that results in better sound. When you listen and compare IGL copper to copper that in not refined the same way, you can hear an unnatural “bite” and grit in the higher frequencies. 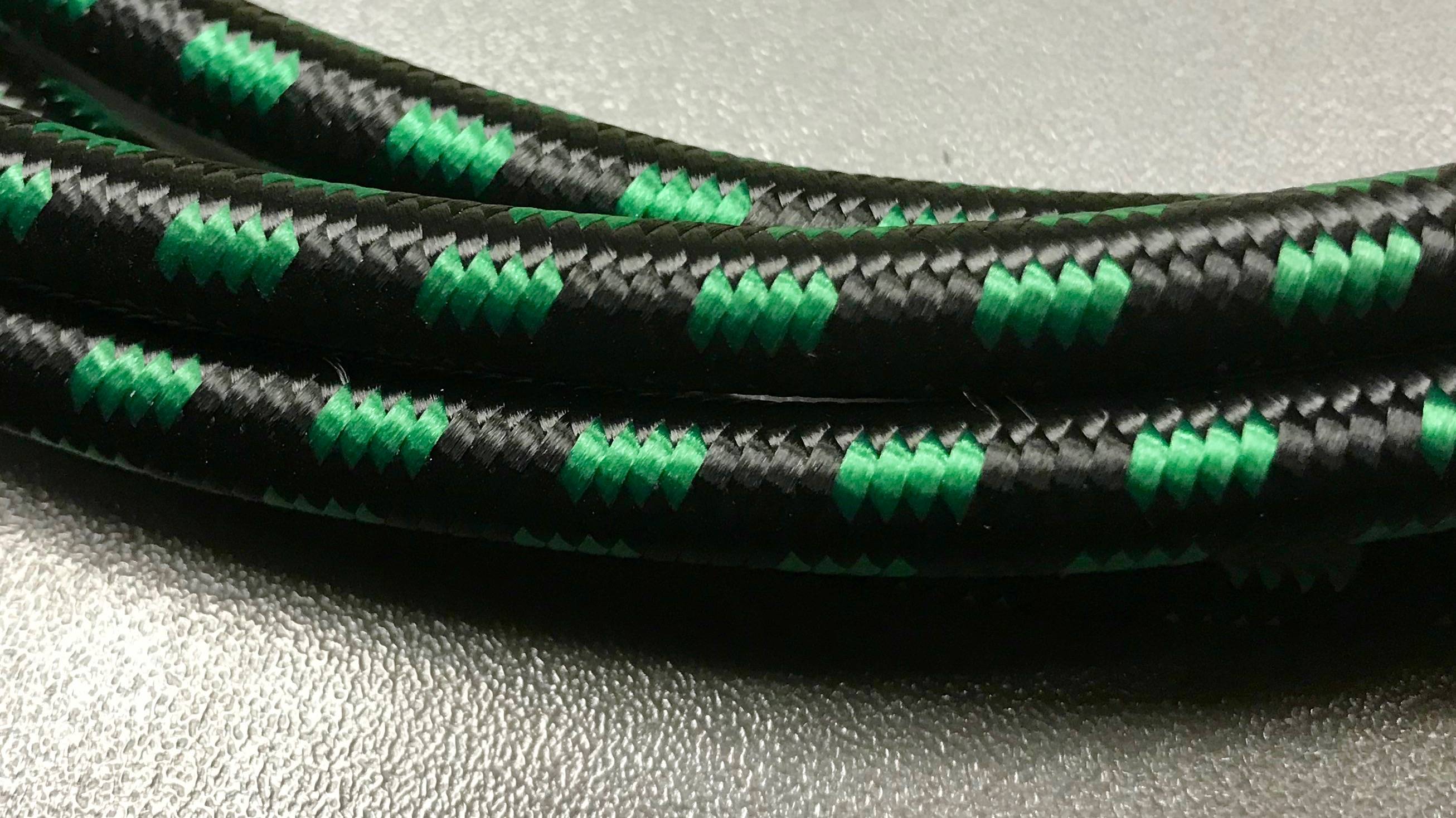 The outside of a Lyric HG is braided with Nylon over the rubber outer to protect the cable from damage. 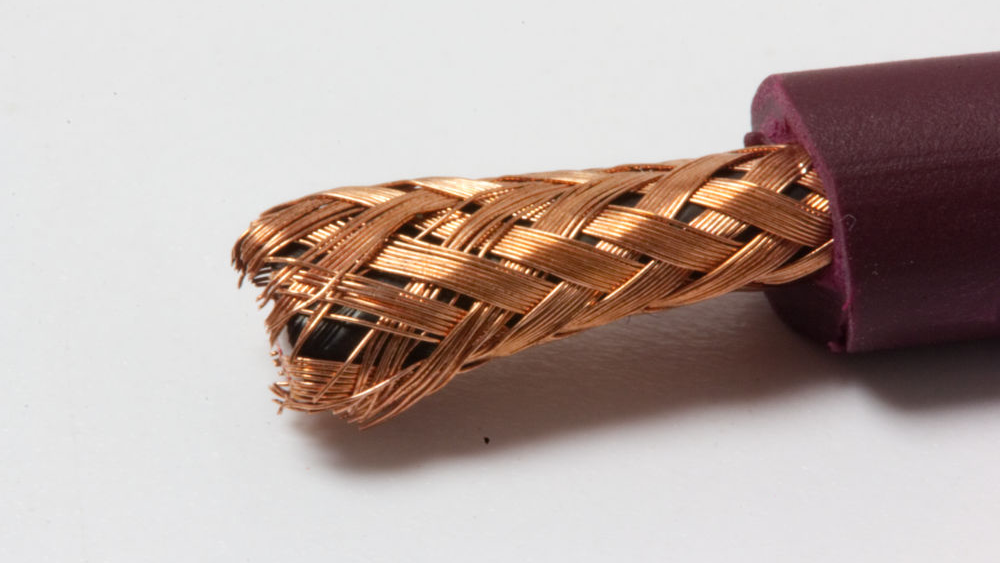 In the Forte and Lyric the shielding of the cable is braided copper for excellent resistance to interference and physical damage.

By having a dual core the Lyric is able to be made in to multiple formats including:

All of these options are available and can be custom build by us. We use the same techniques and equipment and Evidence Audio to ensure the greatest quality.

One of the problems with solid core cabling is of course the lack of flexibility. The Lyric is made to be the purest sound but in doing so the cable is inherently very stiff and inflexible. This is of course the intension to avoid any loss of quality. This is recommended particularly for studio work and stationary linking cables.

If you are interested in a flexible Evidence Audio cable then we believe the Forte is the perfect cable for you. 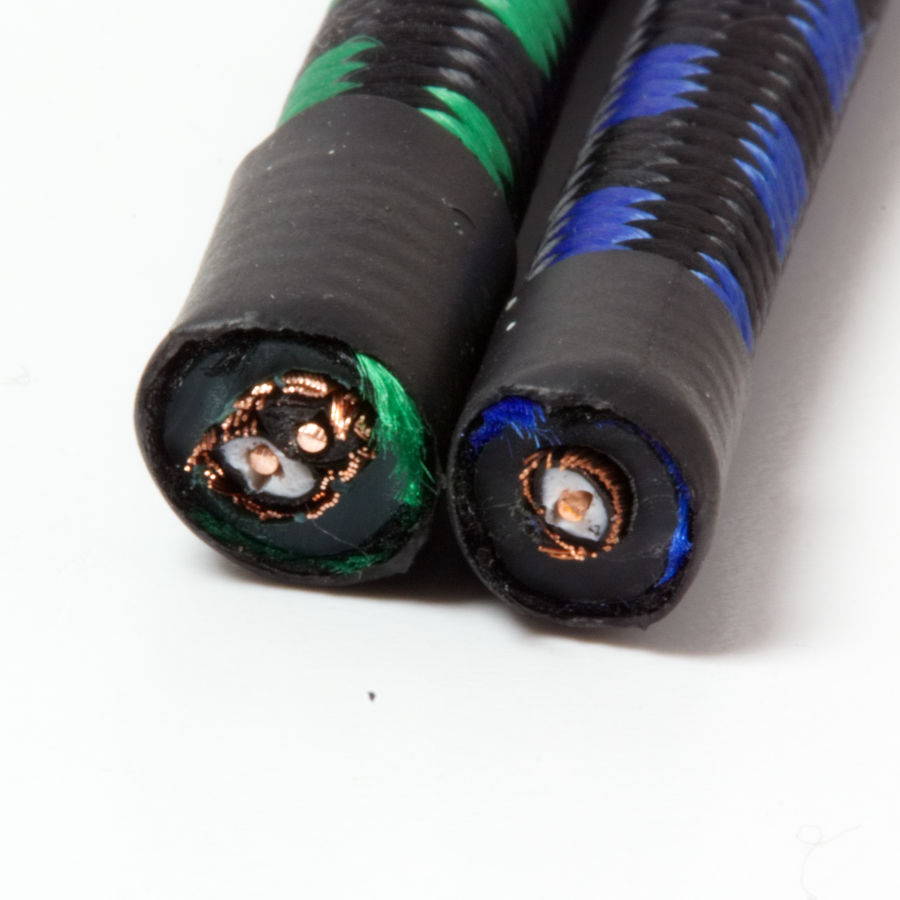